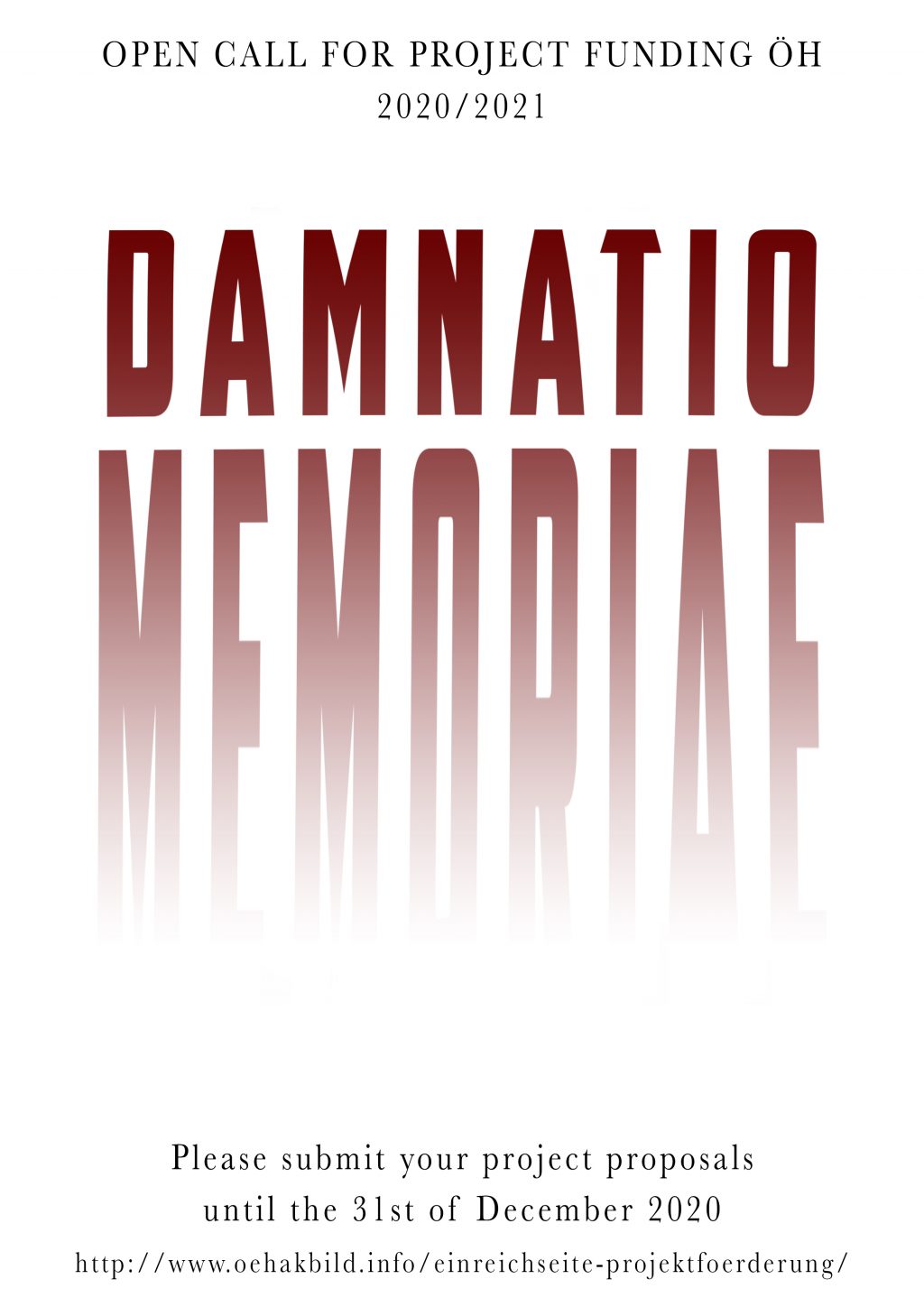 Please scroll down for German version DAMNATIO MEMORIAE We, as humans, have been making monuments to glorify people and ideas since we started making art, and since we started making statues; others have started tearing them down. There is a special form of punishment called damnatio memoriae or the „condemnation of memory”, indicating that a person is to be excluded from official accounts. There are and have been many routes to damnatio, including the destruction of depictions, the removal Read more […]

Kulturreferat on holiday / department for cultural affairs on holiday