SOLIDARITY WITH OUR SISTERS* IN IRAN – NI UNA MENOS 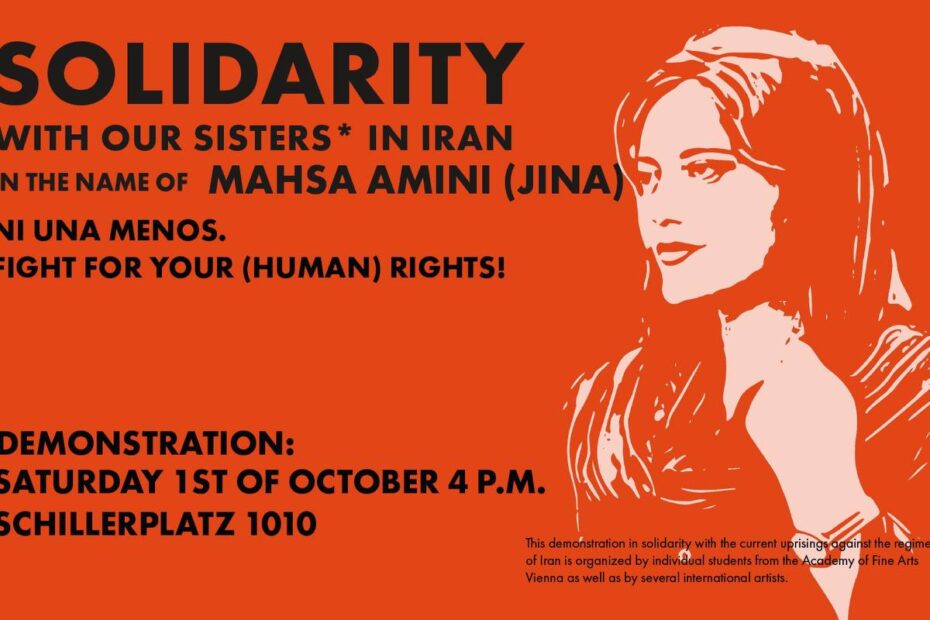 ‼️FIGHT FOR YOUR (HUMAN) RIGHTS ‼️

Saturday 1st of octobre 4 p.m. Schillerpark , in front of the Academy of fine Arts 1010 Vienna

A revolutionary feminist movement has formed in Iran due to the death of #MahsaAmini.(Mahsa Amini was beaten to death by the morality police in Iran after having been arrested for not wearing a hijab according to government standards.)

The Islamic republic regime in Iran has suppressed, tortured and killed women and people of all genders and deprived them of their most basic human rights.

We Gather, on Saturday 1.10, in front of the Academy of Fine Arts, to support and declare solidarity with the people of Iran and the revolutionary movement named for #MahsaAmini, also to protest against Femicide , Misogyny , Sexism and LGBTQIA+ oppression all around the world .

Our anger is stronger than their power!

This demonstration in solidarity with the current uprisings against the regime of Islamic republic in Iran is organized by individual students from the Vienna Academy of Fine Arts as well as by several international artists.