Open Letter by Iranian feminist scholars: Listen to the Voices of a Feminist Revolution in Iran 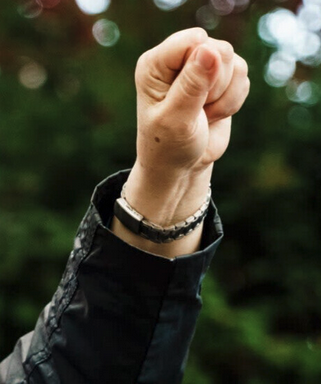 “In the aftermath of the brutal murder of Mahsa Amini, and in solidarity with the protesters in Iran, we would like to invite you to read and sign the attached petition —names and affiliations will be public. Please consider sharing it with your academic networks since our immediate solidarity and action greatly matter, given that the IRI has already set a deadly crackdown on protesters and restricted Iranians’ access to the Internet.”

On 16 September, Mahsa (Zhina) Amini, a 22-year-old Kurdish-Iranian woman, was brutally murdered by the morality police of the Islamic Republic of Iran. She was beaten several times on the head after her arrest for wearing so-called ‘improper’ hijab. This was among many other state murders committed systemically and purposefully by the gender-apartheid regime of Iran. Since this state murder, people have been protesting in many cities in Iran. This country-wide revolt is against not only the brutal murder of Mahsa but also the essence of the Islamic regime. The demand is loud and clear: an end to a theocratic regime whose multi-faceted violence against marginalized bodies is manifested in Mahsa’s death. In the face of terror and repression, we are witnessing a feminist revolution in Iran ignited by rage at the murder of Mahsa (Zhina) Amini. Inspired by the Kurdish movement, protestors are chanting “women, life, freedom.” People’s uprisings, dancing bodies without hijab, and protesters burning hijab symbols have been violently cracked down by the state-sponsored troll armies, internet blackouts, tear-gassing, mass arrests, and brutal killing.

Yet, the broader academic and activist community around the world is still largely silent about what is happening in Iran. The Iranian crisis has been clamped between two reductive though hegemonic frameworks that are operative in the media as well as in academia. On the one hand, the long history of colonial oppression intertwined with the recent rise in xenophobic, racist, and anti-gender discourses in the West has reduced multi-faceted issues, such as the hijab, to “cultural issues”. Particularly, it has hindered progressive voices in the Global North from taking a full stance of solidarity with the struggles of people in the Middle East and other Muslim-majority countries out of fear of feeding into the anti-gender ideologies in the West. On the other hand, a so-called progressive but neo-orientalist approach has ignored the fates and subjectivities of those not located in Western contexts, especially those from the MENA region. These frameworks have led to an epistemic and political dismissal of Iranian feminist and queer resistances. Their multi-layered oppression and struggles remain unrecognized, and they are rendered invisible unless they link their struggles to Western issues or see themselves through that neo-orientalist gaze.

Against and beyond these reductive trends, we, a group of feminist academic-activists, urge the international feminist communities to join us in building transnational solidarity with women and marginalized bodies in Iran. The struggles of our sisters* in Iran are embedded in both the historical development of power relations in so-called Islamic societies and the contemporary crises of relations of social reproduction in global capitalism. We insist on a queer-feminist, anti-capitalist, and anti-fascist agenda that does not reduce the struggles of our allies in Iran to the issues we confront in relation to the Global North. Rather, we must see these struggles on a continuum and keep the fight going by recognizing our shared struggles. Cِreating and sustaining such a continuum requires recognition of the intersectional struggles that women* and other marginalized bodies are experiencing in countries such as Iran and under the current Islamic theocracy. Now more than ever, it is critical to show more potent transnational solidarity with women* and other marginalized bodies in Iran.